We have 815 guests and 2 members online

Less More
2 weeks 5 days ago #17212 by SPA118
Replied by SPA118 on topic Big MSFS udpate due on Thursday 11-18-21 and Aerosoft Simple Traffic
Well, I downloaded the update last night and defragmented my HDD while I was at work today. Haven't had a chance to try things out yet as we're spending the weekend in the great outdoors camping, hiking and fishing. Luckily (or unluckily) Texas is almost always warm...

Anyway, has anyone had a chance to try things out yet? Any improvements or anything new broken?
Eric M. Eder, SPA118
Miami Hub Manager
This email address is being protected from spambots. You need JavaScript enabled to view it. 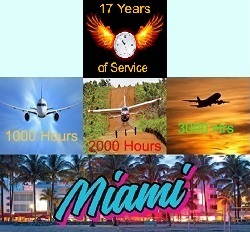 Less More
2 weeks 4 days ago #17214 by jer029
Replied by jer029 on topic Big MSFS udpate due on Thursday 11-18-21 and Aerosoft Simple Traffic
Sorry about your problems Bill, and as we all know - unlike other programs, MSFS forces updates as "mandatory" so we have no choice but to be afflicted with whatever is pushed onto our computer systems.  You might try the beta DX-12 setting.  If the improvements of DX-10 for FSX are an indication, perhaps that might give you back some FPS's.

As for my experience.  Until yesterday I would have said that I saw it as a big plus - new planes, even a strange helicopter thing, lots of scenery updates, etc.  Unfortunately, when I fired up my computer yesterday I found my controllers unusable.  The rudder pedals were causing the throttle to go to high speed and the rudder would go to the proper setting but then immediately glide back to neutral or far-right setting.  This caused the plane to be uncontrollable.  I spent the entire day yesterday trying different things trying to fix it - moving things out of community folder and back again.  Searching website forums for solutions and causes, clearing controller profiles and re-assigning them.

Finally through forum posts, including official post on "Known Issues" with the new release, I learned that controller issues are on of the possible problems caused by the update.  Another user advised that unplugging the controllers and reinserting them while the sim is running will clear and reset the controllers so they work again, making sure that the controller are deleted before plugging them in again.

I tried to do this, unplugging worked fine with the controller profiles disappearing as I unplugged them.  Unfortunately as I plugged them in again the computer crashed to BSOD and the whole computer had to restart.  By that time I had all the controllers plugged back in, so I rebooted the computer normally and restarted the sim in normal mode.  This appeared to have corrected the issue and I was able to do a quick test flight with several aircraft before shutting it down for the evening.

So....argh!   Not a seamless update for me either.  I'll have to check the forums for other perspectives.

With the improved night lighting fix from a few updates ago, I opted for the Florida night-lighting package.  Photos to be posted shortly.

Hopefully I'll actually get to make an official flight today, but will see how it boots up today.

Less More
2 weeks 4 days ago #17215 by bill721
Replied by bill721 on topic Big MSFS udpate due on Thursday 11-18-21 and Aerosoft Simple Traffic
Glad you got it going. All my problems are on the list of issues also so they will work on them I'm sure. DX-12 when I tried had the same issues so didn't mess with it very much. My 1080ti card will run DX-12, however, I don't think it will run some of the latest developments like ray tracing etc.
Bill

Less More
2 weeks 4 days ago #17216 by bill721
Replied by bill721 on topic Big MSFS udpate due on Thursday 11-18-21 and Aerosoft Simple Traffic
I got it from simMarket. I get most software from there so I have it in one place. AIG may be something to look at later because of the plane graphics quality, but I'm pretty happy with Simple Traffic and no performance hit.
Bill